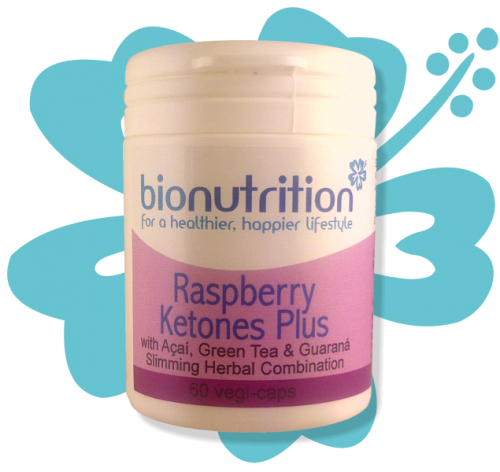 Raspberry Ketones are a natural polyphenol found in raspberries, and some other fruits, which give them their characteristic smell. But, recently research has shown that they also have the apparent ability to 'melt' away fat.

Ketones boost the levels of a hormone called adiponectin, which helps to stimulate fat metabolism and appetite, and so reduce the amount of fat we store! When combined with exercise, ketones can also help increase lean body mass.

Raspberry Ketones also naturally contain high levels of antioxidants, helping to improve the immune system function and protect against the effects of ageing.

Açaí is an antioxidant superfood, from the Amazon. It’s a rich source of anthocyanadins, as well as protein, fibre, enzymes, amino acids, minerals, phytosterols and fatty acids. It is also high in polyphenols.

Açaí is currently extremely popular across the world due to its ability to aid weight loss. Remarkable results have been achieved by people who have used Açaí as an extra support during their weight loss programme.

Green Tea is a natural unfermented active herb, containing vitamins, minerals, volatile oils and caffeine, but its primary constituent is polyphenols, which are believed to be responsible for most of Green Tea's health giving properties!

Green Tea has been shown to be helpful in reducing LDL (the bad) cholesterol, promoting cardiovascular health, boosting the immune system and aiding weight loss! It would appear that the high polyphenol content increases energy expenditure and reduces the absorption of fat.

Guaraná is an evergreen vine found in the Amazon basin. For centuries the seeds have been made into a paste or used in teas to help treat diarrhoea, decrease fatigue and reduce hunger. Some cultures also use it to relieve hangovers.

Guaraná naturally contains caffeine and the alkaloids, Theobromine and Theophylline. The effects of these three constituents are well known and include stimulating the central nervous system, increasing metabolic rate and also having a mild diuretic effect. Guaraná has also been shown to increase mental alertness, especially when feeling tired and run down!

Black Pepper helps with digestive health, has anti-bacterial properties and has been linked with reducing headaches. But, more importantly in this particular case, it has also been shown to significantly increase (some say by up to 20 times!) the bio-availability of other herbs, making them more effective in their actions on the body!

There are no comments yet. Be the first to leave a comment
Please sign in to add review
Customers who viewed this product bought