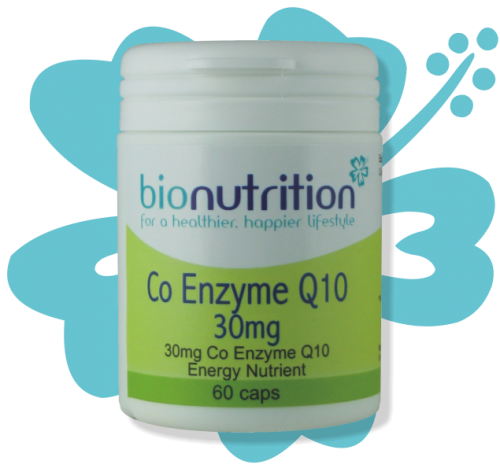 Co Enzyme Q10 30mg are capsules with the Co Q10 suspended in Soya Bean Oil for maximum absorption and utilization. Each 30mg capsule will help release energy from food to keep you going all day, prevent heart disease in the long run, including angina, support the immune system, so reducing the instance of infection and disease and also having an anti-ageing action by preventing free radical cell damage.